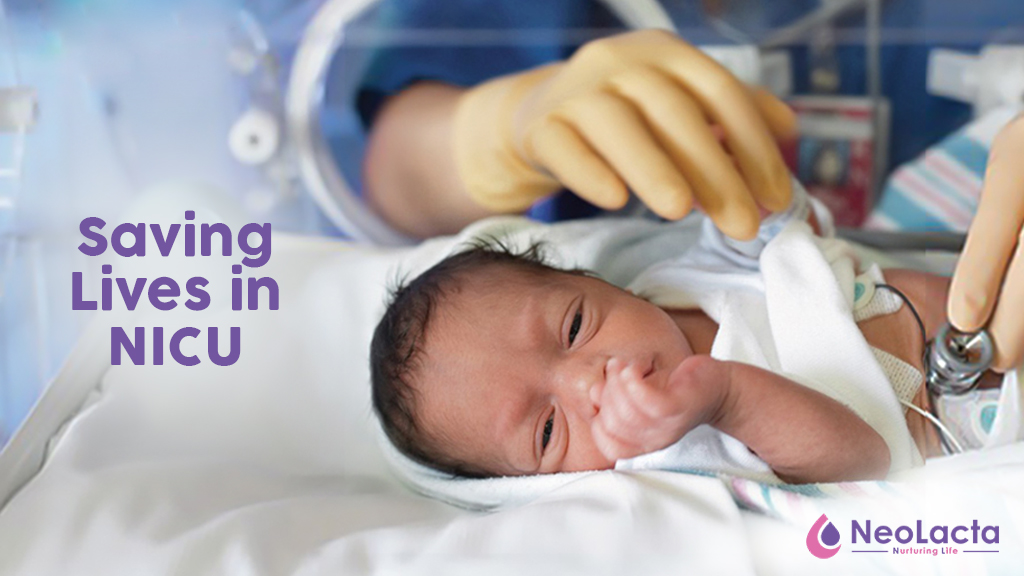 Saving Lives in the NICU: Role of Human Milk Banks

Neonatal ICUs (NICU) admissions are usually critical cases of infants who are either premature or suffering from acute health conditions caused due to prematurity. In many such cases of premature births, mothers are unable to lactate properly and therefore, the second option is to turn to donor milk from human milk banks which is vital to ensure the baby’s growth and development.

Human milk banks have been prevalent for quite some time but it was only recently that it gained acceptance and picked up the pace. Having said that, a human milk bank (most commonly known as breast milk bank) is an asset from where hospitals can acquire breast milk and stay assured of the nutritional impact that is necessary for babies’ survival.

So, why do Human Milk Banks matter?

One among eight babies is born prematurely. This is the cause behind several complications including digestive anomalies like an intestine infection which can be fatal for the infant. Breast milk protects the baby from succumbing to such complications due to the presence of immune factors.

Most NICU mothers (almost 72%) of premature infants are unable to provide the right quantity of milk for their babies. Also, factors like stress, ill-health, medications, multiple births, etc. may hamper the process causing inadequate lactation or non-lactation.

NICUs should get in touch with human milk banks in the case of the following scenarios:

Every donor undergoes multiple screening tests including blood tests to ensure premature babies get the best chance at growth and well-being.

Emphasizing on the safety and importance of human breast milk, the Human Milk Banking Association of North America (HMBANA) states – Between 2000 to 2016, milk banks distributed over 30 million ounces of pasteurized donor human milk with no record of illnesses or death.

Breast milk, often referred to as liquid gold, is packed with high nutrition which cannot be replicated or replaced. Since several NICUs find it difficult to acquire the right amount of breast milk, human milk banks can help them with this need. Neolacta Lifesciences, based out of Bangalore, is one such facility which is ISO:22000 certified as well as GMP approved, helping premature babies gain access to human milk. With its unique 100% human milk-derived products and patented technology, Neolacta has helped more than 20,000 babies in 200 tertiary care hospitals over the last 3 years in India.