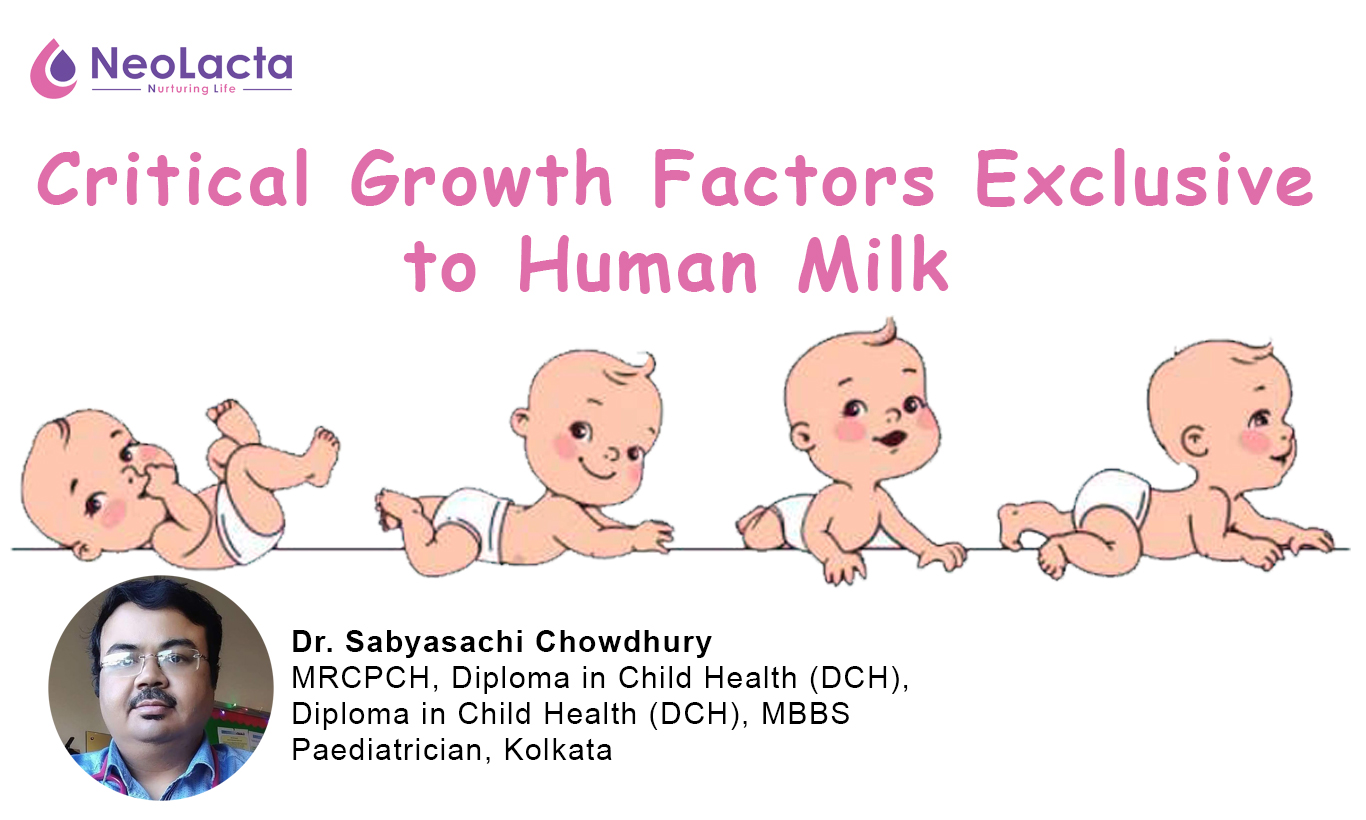 One of the first decisions Anupama took for her son’s wellbeing was to breastfeed him for at least the first 6 months. Every book she read and every doctor she spoke to reaffirmed her decision. Human milk is known to contain all the bioactive molecules required by a baby to develop physically and mentally and build stronger immunity. There is no man-made formula that can compete with the growth factors provided by breast milk.

One of the critical differences between human milk and formula is the fact that the latter offers standard amount of nutrition while the composition of breast-milk varies across the lactation stages, time of day, etc. to give babies exactly the right amount of nutrition at every age.

For example, colostrum – the initial milk secreted by a mother is very rich in epidermal growth factors but has low concentrations of lactose. This indicates that the primary function of this milk is to be tropic and immunologic. This proportion is inverted in milk produced at later stages to make milk more nutritious. Thus, it doesn’t just satiate the baby’s hunger, it also promotes better all-round development.

There are a number of growth factors found in breast milk. Some of these growth factors are present in early milk while the concentration of others are more pronounced in milk lactated at later stages. These include:

The epidermal growth factor is a milk-derived peptide growth factor responsible for stimulating cell differentiation and the development of a newborn baby’s gastrointestinal tract. It is critical to a baby’s adaptation to the world outside the mother’s uterus.

This growth factor is one of the members of the EGF family. It is primarily responsible for resolving damage caused by conditions like ischemia-reperfusion injury, hypoxia, hemorrhagic shock/resuscitation injury, and necrotizing enterocolitis.

Your Baby Deserves The Best

Growth factors like these cannot be found in any type of formula but unfortunately, not all mothers can produce sufficient breast milk. In such cases, formula may seem like the only option which is certainly not true. Clinically, donor milk is the next best option to breastfeeding since it retains majority of bio-active nutrients which are not available in any commercially available formulas. Donor milk refers to human milk produced by other lactating mothers.

It has a high concentration of growth factors in addition to the nutritional aspects and is completely safe for your baby. Donor milk is ready to feed – all you need to do is thaw it and feed it to your baby. Remember, choosing your own breast-milk or donor milk is the best way to ensure that your baby grows strong, stays healthy and remains happy.